Here, Debbie & Mike Walker provide an account of their company’s achievements throughout 2017…

Following the exciting opening of our new liquid waste recycling facility in Felbridge, which involved investment in a JCB digger and new contract acquisitions for the installations and groundworks engineering team (Lythe Hill Park, Guildford) towards the end of 2016, in January 2017 the team launched the road sweepers division with two brand new vehicles, including a class-leading Magnum Plus Titanium sweeper (Scarab’s Flagship sweepers), both of which have been in full operation throughout the year.

As is the norm, many areas of the South East suffered flooding during the cold and wet weather which meant that our hard working tankers and fully qualified pump engineers were in high demand around the clock clearing spills of all types in all sorts of conditions…

Throughout 2017, we investigated and surveyed sewage systems, jetted pipelines, unblocked drains and cleared overflowing gulleys. As usual our cesspit and septic tank emptying, and pump maintenance services remain part of our core services, the quality of which continue to delight home owners, facilities and operations directors, and construction project managers, as well as local government divisions, leading utilities firms and major logistics organisations in London and across the South East of England every day.

As well as being supremely busy with last minute call outs and emergencies, our Civil Engineering team completed the installation, refurbishment and maintenance of numerous septic tank systems and sewage treatment plants for large scale projects as well as for rural residential customers in confined spaces. Due to our groundworks and installations team demanding schedules we were able to expand our capabilities and delivery turnaround.

Not only did we add a number of six and eight wheeler Mercedes HGV vehicles, tankers and sweepers to our fleet, we also welcomed aboard a number of trainee apprentices and new team members with Dave Siddle and Ben Knights joining as Business Development Executives and Doug Wood joining as Business Support Coordinator to provide a link between our operational and non-operational teams. We are very proud also to report that Louis Dimmock was promoted to Commercial Director and that we maintained our FORS Gold standard as well as our ISO 9001, ISO 14001 and OHSAS 18001 accreditations.

In May we celebrated our 10th anniversary and in October we hosted our very first networking event with Eastbourne Chamber of Commerce members at our new offices, here are a number of other quick fire facts that showcase what we have achieved in 2017:

Our tankers shifted over 25 million litres of domestic sewage which is the equivalent of 25 AquaDom aquariums such as this one at Radisson Blu Hotel in Berlin which houses over 1,500 tropical fish and is the headline attraction of the city’s Sea Life centre.

We dealt with over 15,000 tonnes of hazardous and non-hazardous liquid waste (30% and 70% respectively), comprising of greasy, flammable and oily water and silt, as well as heavy duty sludge waste, vegetal wastes, used oils, flood water and other undesirable liquid waste. This means that we could fill up our largest articulated vacuum tanker, which has a capacity of up to 27,000 litres, over 570 times!

Due to our significant growth throughout the year, with around 50 staff members who outgrew our site near Herstmonceux, we moved everything into Eastbourne with our operations, finance and management teams being based at our new 4,412 sq ft headquarters at Pacific House in the Sovereign Harbour area and we now keep all our fleet of over 20 vehicles at our new indoor facilities on Hammonds Drive just off Lottbridge Drove. 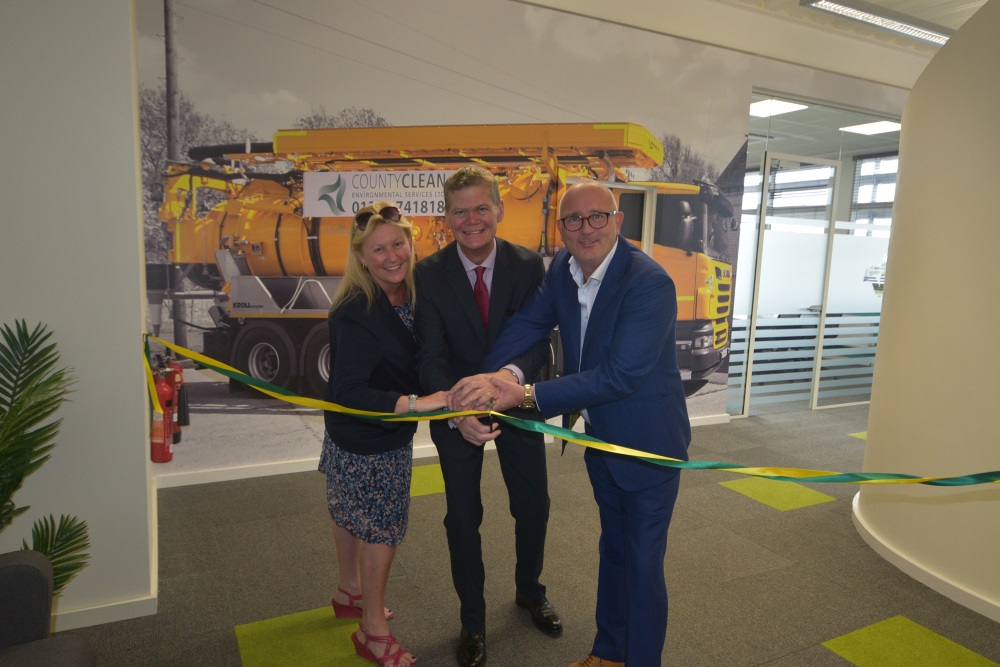 We are phenomenally proud of what we have achieved over the last 12 months and are very grateful to our clients, customers and friends for their support as we continue to make our mark as one of the fastest growing businesses in the South East.