Kane Baker, the 29 year old from Birmingham started out competing in white-collar boxing as a hobby when he was 20. Kane progressed to compete professionally and his first professional fight was in 2016, his success has led to him competing for the English Lightweight title.

Kane has boxed against some of the UK’s top unbeaten prospects, has fought live on TV and travelled to Saudi Arabia at the end of 2018 to fight on the undercard of George Groves vs Calum Smith.

After confirmation of CountyClean Group’s sponsorship, on 6th August, Kane and his management team travelled from Birmingham to CountyClean’s HQ in Eastbourne to meet the team and spend the day with his sponsors. 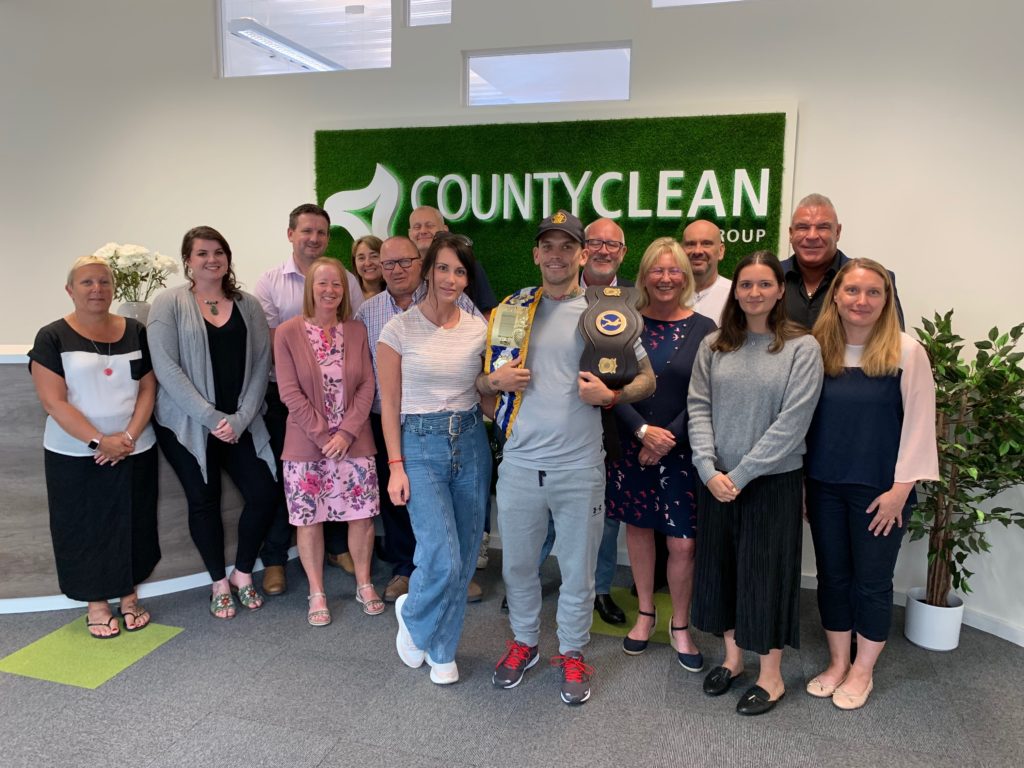 Kane has been working hard in the gym preparing for the fight and with just over four weeks to go, everybody at the CountyClean Group would like to wish Kane the best of luck with his preparation for the fight.

­We will see Kane and his team on Sunday 29th September 2019 – bring on fight night!