From fleet and equipment investments to new staff and countless achievements from our team, 2019 has been an exciting year for CountyClean.

CountyClean Group has experienced an average of 15% growth year on year and this trend is continuing in 2019. The Group has gone from strength to strength thanks to all the team.

2019 was a massively exciting year for our fleet with five bespoke vehicles being delivered to us.

As part of our ongoing five year vehicle replacement programme May 2019 saw the delivery of the 1st new vehicle of the year, a 32 tonne ADR eight-wheeled vacuum tanker. This vehicle enables us to remove a variety of liquid waste streams including hazardous wastes and oily/contaminated wastes. 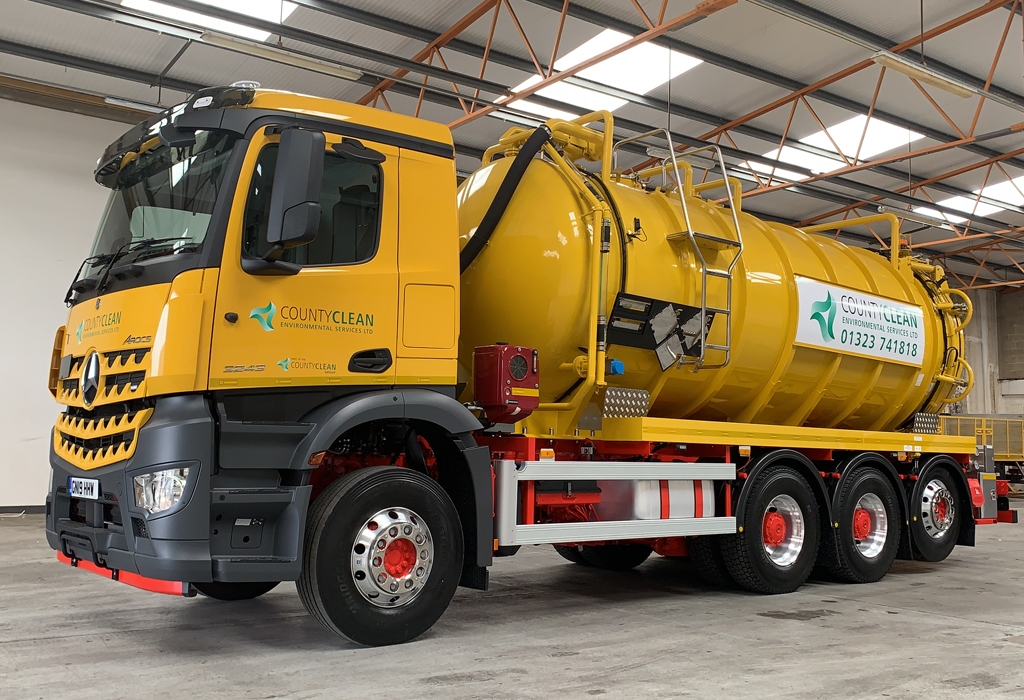 Another two additions to the fleet were a result of CountyClean’s attendance at the trade fair iFAT in Munich, this event took place in the spring of 2018. The Group placed an order for two bespoke built units with Kroll, Germany’s leading manufacturer of high-performance environmental vehicles. One of the units is a six-wheeled 26-tonne combination unit which was delivered in June. The second is a 32-tonne eight-wheeled recycler unit, this was delivered in September making the pair complete. These units have been working hard on jobs that require high-pressure water jetting and suction such as the removal of gully, sewer and culvert cleaning waste, deep lift extraction as well as fatbergs.

Following an exciting leachate contract win with East Sussex County Council we were very pleased to put in an order for a new eight-wheeled vacuum tanker with Crossland Tankers. The unit was specifically designed and purpose-built for the leachate contract, this was completed and delivered in December. Wayne Holdaway, Strategy and Development Director said: “the CountyClean Group are very proud to have been awarded the leachate contract amid stiff competition, it is a testament to the hard work of our team and our ability to deliver a first-class, reliable and professional service.”

The final investment of 2019 was a Rioned Urban Combi unit delivered to budget and on time for December 2019. This four-wheel-drive combination unit is our most compact vehicle and is ideal in assisting with the emptying of commercial grease traps and the cleansing of gullies and drainage channels in areas with restricted access including underground car parks.

This brings CountyClean’s total investment for vehicles in 2019 to 1.4 million pounds.

With three new vacuum tankers plus a new artic and trailer on order for delivery next year, 2020 is also set to be an exciting year!

Throughout 2019 we invested heavily in our staff and welcomed aboard some new employees. In May, Holly Sperring joined as a receptionist/administrator. Holly’s ability soon became apparent and she was approached to carry out a split role between an administrator and an accounts assistant. After quickly learning the ropes and showing herself to be a real asset to the accounts team, as of November 2019 Holly transferred over to the accounts department full time as an Accounts Assistant.

We also welcomed new operatives to the team who attended our second annual recruitment event that we hosted in August.

New and inexperienced employees start their career as trainee operatives to gain experience from other highly experienced staff, we love nothing more than offering a new driver their first HGV role. It makes us very proud to say that this year we have put three operatives (Simon Collier-Luxford, Ryan Brown and Peter Jones) and one pump engineer (Tom Holdaway) through their HGV training and tests.

Simon, Ryan, Peter and Tom all passed their tests and have been working hard as fully-operational HGV drivers since. The new trainees we employed in 2019 will be going through their HGV training in due course to create new and young drivers in an ageing industry.

We have carried out extensive training across the whole company and we are so pleased with how our extremely skilled and knowledgeable team is developing even further!

The team carried out various charity challenges throughout the year. In October Trevor Beer, Operations Director took on a trek to Everest Base Camp at the foot of the tallest mountain in the world. The trek itself was 11 days long and a 130km round trek with Trevor reaching a height of 5340m!

The trip was proudly sponsored by CountyClean Group and Trevor also managed to raise money £1360 in aid of St Wilfrid’s Hospice and Chestnut Tree House! We would like to thank all those that kindly donated and of course a massive congratulations to Trevor for completing this tough task.

In April, our Pump Engineer Nathan Douch took part in his second Ultra White Collar Boxing event in aid of Cancer Research UK. CountyClean has sponsored Nathan’s boxing ambitions including his third fight which took place in November. Nathan managed to keep his 100% win record going for his third and final fight which was one of the best contests of the night! 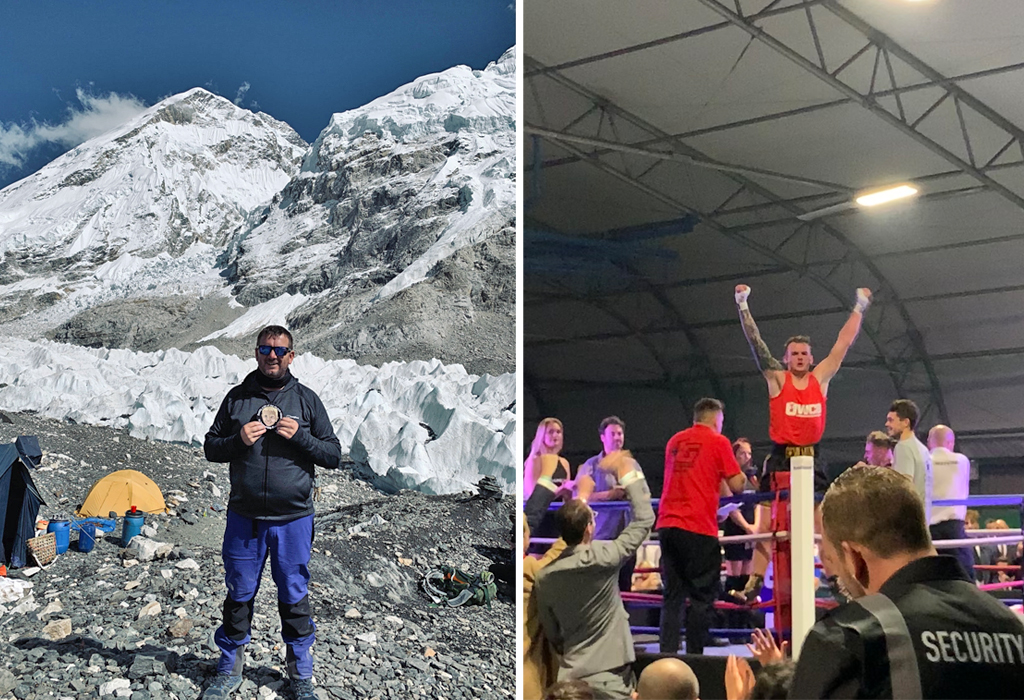 In December, the office staff took part in a Christmas Jumper Day in aid of Chestnut Tree House. £105 was raised which was matched by owners Debbie and Mike Walker. We had great fun wearing our jumpers for such an amazing cause! CountyClean is really looking forward to planning more fundraising activities and continuing their support for St Wilfrid’s Hospice and Chestnut Tree House in the new year.

With so much more that has not even been mentioned, 2019 has been a packed year with extra achievements and news as well as being our busiest working year to date.

In more recent months with days and nights of rain and flooding, the autumn of 2019 was ranked as the 5th wettest on record for England (Met Office UK, 2019). This meant that our hard-working operatives along with our modern vehicles were extremely busy keeping up with demand.

We would love to thank our staff and suppliers for all their hard work and to thank our friends and loyal customers (old and new) for all their support shown over 2019 and we look forward to continuing these relationships in 2020 and beyond.

As per normal we do not close for Christmas and are available 24/7 in case of any emergencies should they arise.

Finally, we would like to wish all our staff, customers, suppliers and friends a Merry Christmas and all the best for 2020.