It’s game, set and match for the award winning group as two more loyal and long serving management team members join the board…

Further to last months’ revelation about new board members Wayne Holdaway and Donna Prince, CountyClean Group, a leading environment support solutions provider, is proud to announce a double win for the group’s Board of Directors as Trevor Beer, Operations Director and Louis Dimmock, Commercial Director were officially welcomed to the group’s board on Thursday, 5th of July 2018. 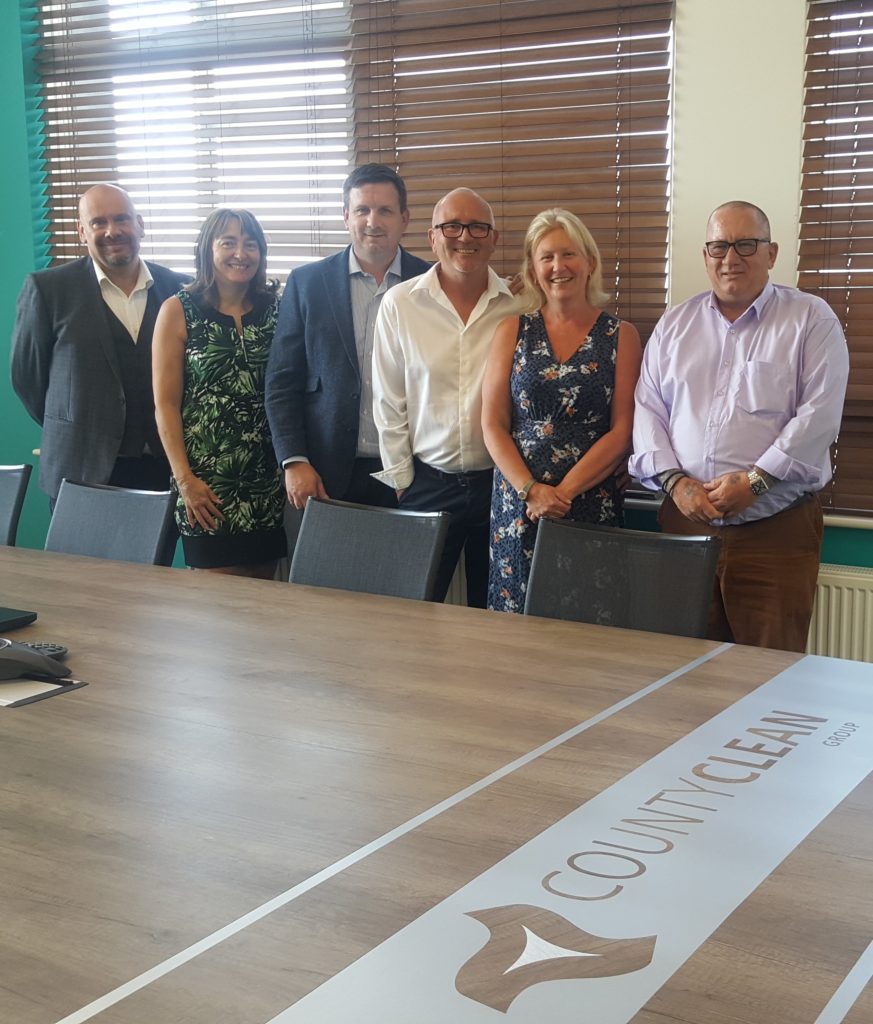 Trevor began his career in the industry just under 20 years ago when he became a Drainage Operator for Southern Water. In 2011 he joined CountyClean Group as Contracts Manager, looking after large client projects and risk mitigation planning for rail and utility infrastructure jobs. Within four years, Trevor was promoted to Operations Manager and by 2015 he had earned the senior title as Operations Director with the responsibility for planning, logistics, contract management and overseeing tankering and drainage works.

On his career move, Trevor says: “It’s really nice to be recognised by Mike and Debbie as a key member of the management team and to be officially welcomed on board with the directors. I’ve a great longstanding relationship with the group that I look forward to continuing to strengthen for years to come.” 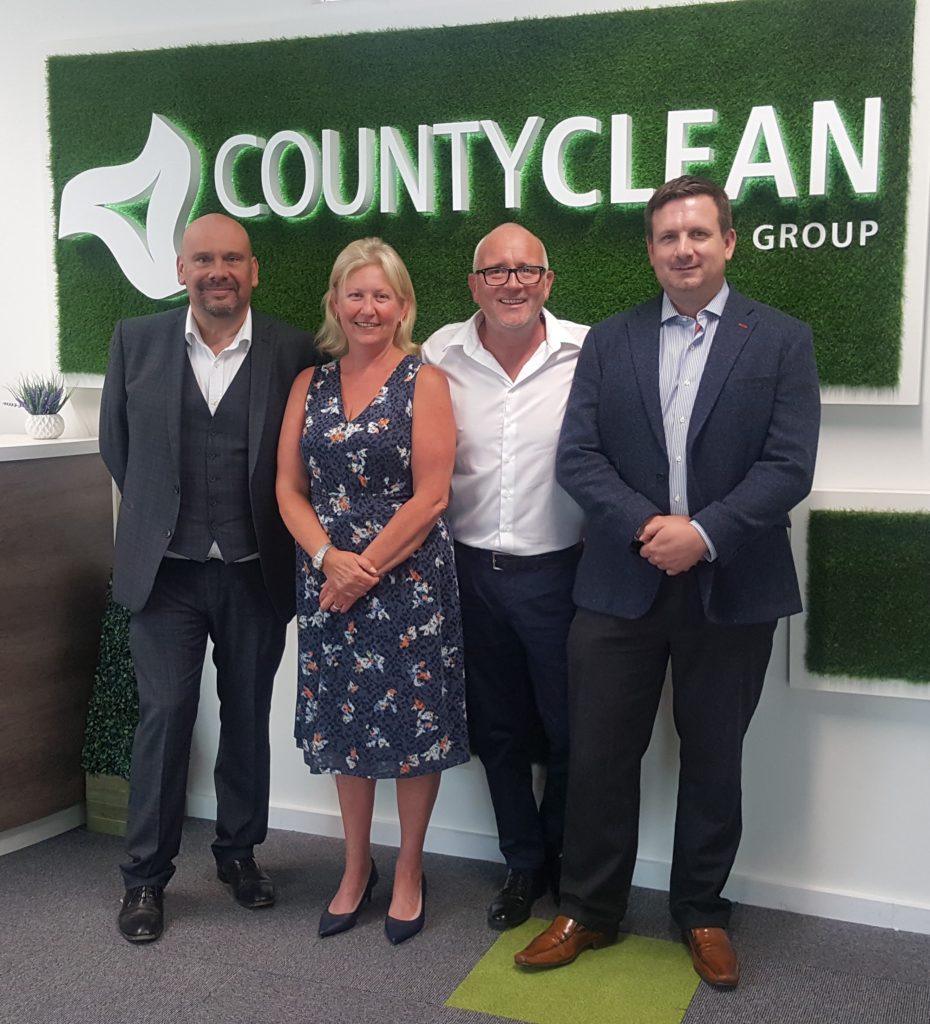 Smiles all around for newest boardroom members, Louis and Trevor alongside Mike and Debbie, the founders of CountyClean Group.

Louis has developed his environment industry experience since starting with the group over three years ago in the Business Development team. During that time, Louis has utilised his wealth of sales, client account management and business acumen to enable year on year growth for the group. Due to Louis’ achievements, in September 2017 he was promoted to Commercial Director and today is now officially a member of CountyClean’s board.

Commenting on his success with the group and this announcement, Louis says: “My mission has been and always will be, to make CountyClean as successful as possible without compromising on quality of service or customer satisfaction. By aligning ourselves within key sectors, building strong client relationships and focusing on outstanding service delivery, I am certain that CountyClean will continue to grow exponentially to become a nationwide supplier of environmental support services.” 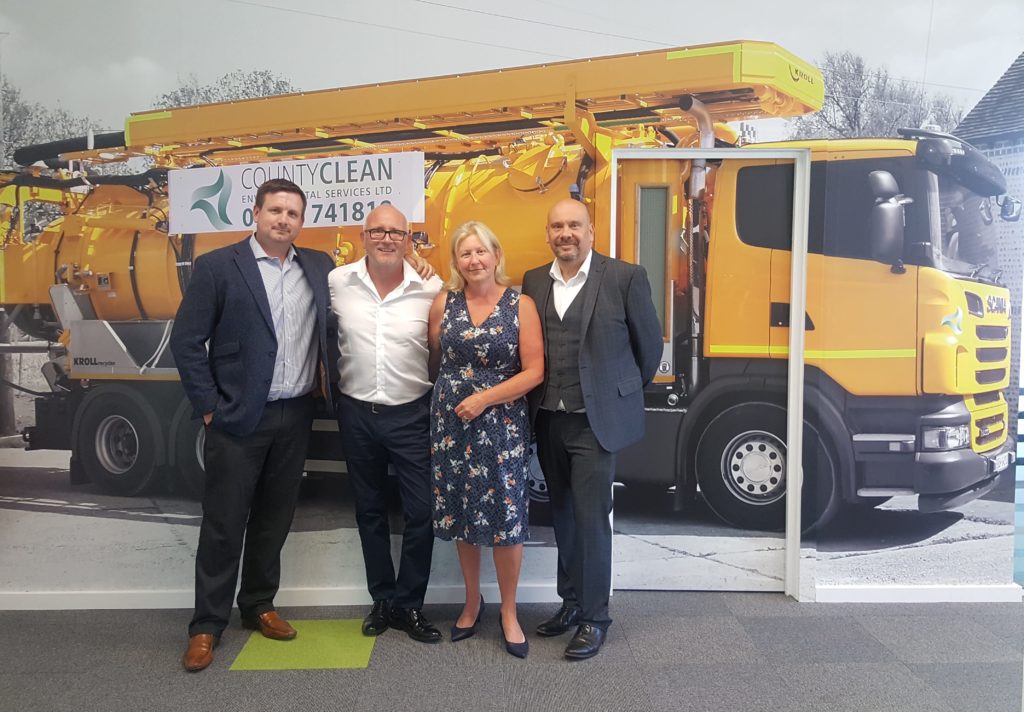 Speaking about their latest boardroom win, CountyClean Group founders Mike and Debbie Walker said: “We are extremely proud of what Louis and Trevor have achieved over the years and are very grateful to them for their dedication to our organically fast growing business. The management team is shaping up very nicely, giving us the advantageous edge we’ve been striving for over the past decade and we cannot wait to see what else is coming up for CountyClean’s multi-faceted divisions.”

To find out more about these exciting developments, please get in touch info@countycleangroup.co.uk.